Ms. Jacquelyn Harris’ German classes held their annual celebration of Oktoberfest on Friday, October 24.  During the event, students celebrated German culture and traditions as part of their classes for the day.  (Some even donned the traditional Dirndl costume of a German fraulein!)  German students listened to traditional and modern German music, including the national anthem of Germany, and taste foods such as black forest cake, vanilla raspberry tort, and apple strudels. 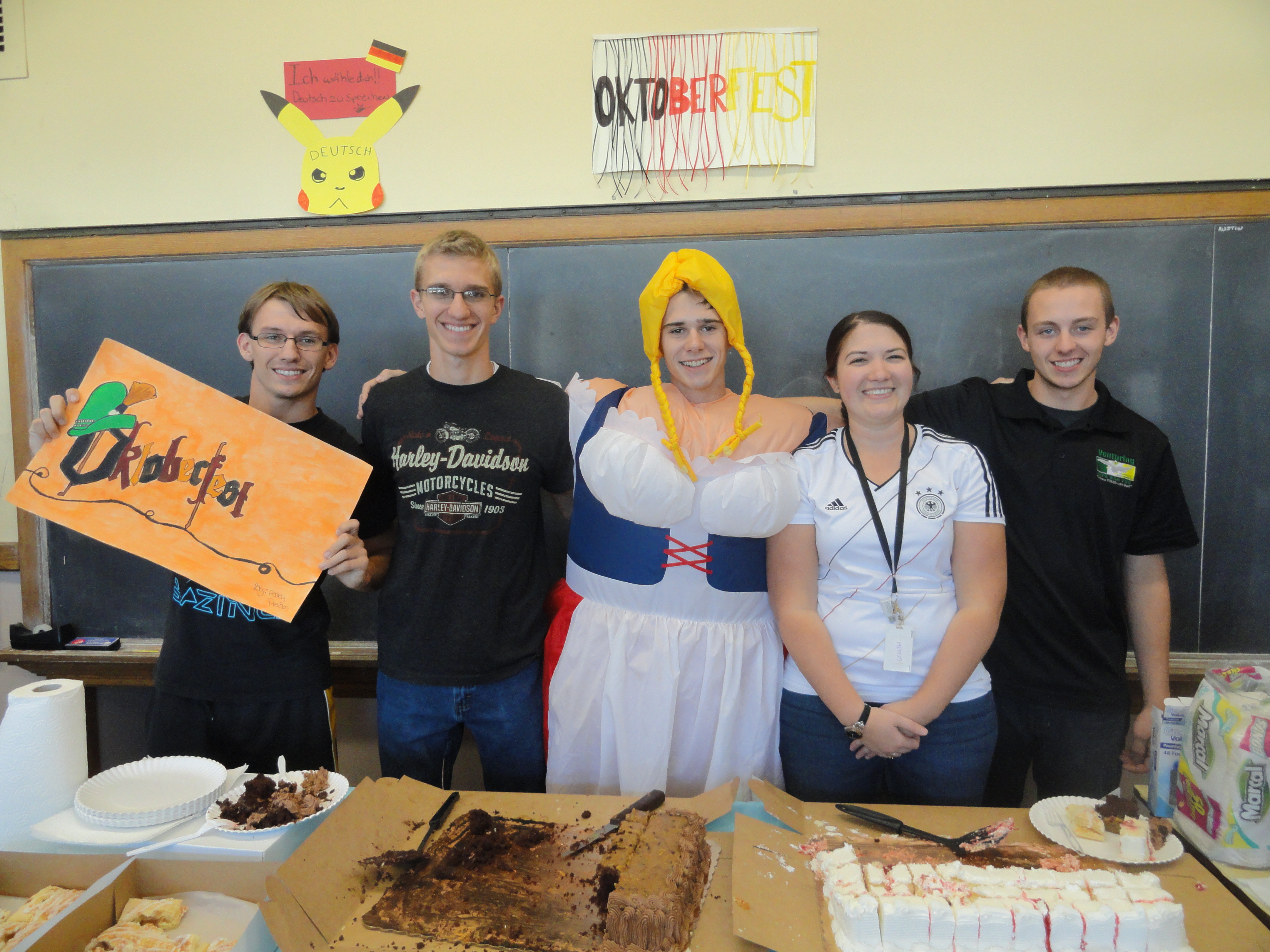