The Shenandoah Valley Boys basketball Booster Club held their annual banquet at the Glovers’ Hill Athletic Club for the players and coaches of this year’s squad. 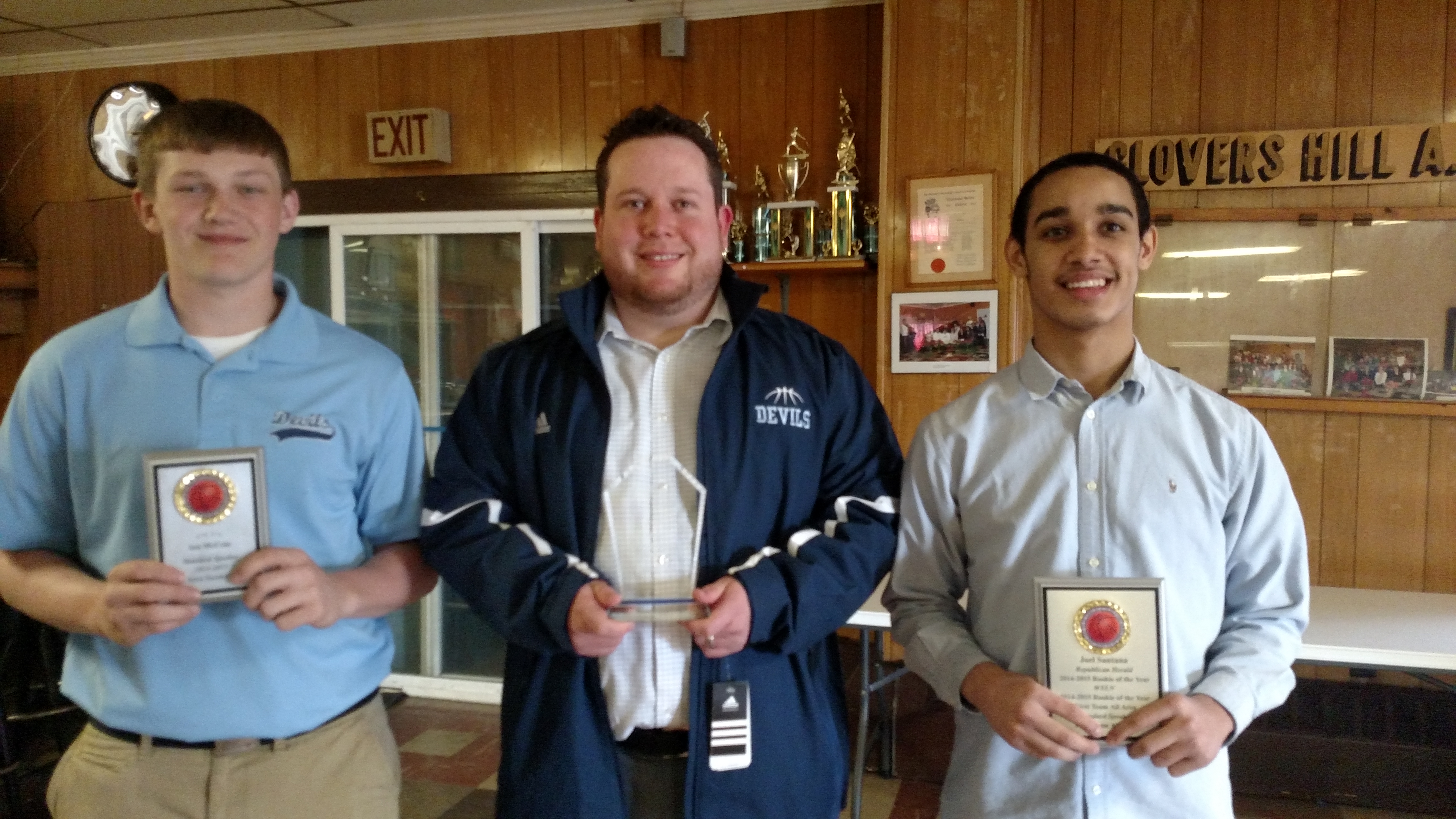 Pictured are three members of the team who were presented with special recognition plaques (L-R): Ian McCole Jr. Second Team All Star Standard Speaker; SV Head Coach Rob Miller who was selected as WYLN’s coach of the Year; and Joel Santana Soph. First Team All Area from the Standard Speaker and WYLN and Rookie of the Year from WYLN and the Republican Herald Sports Department. 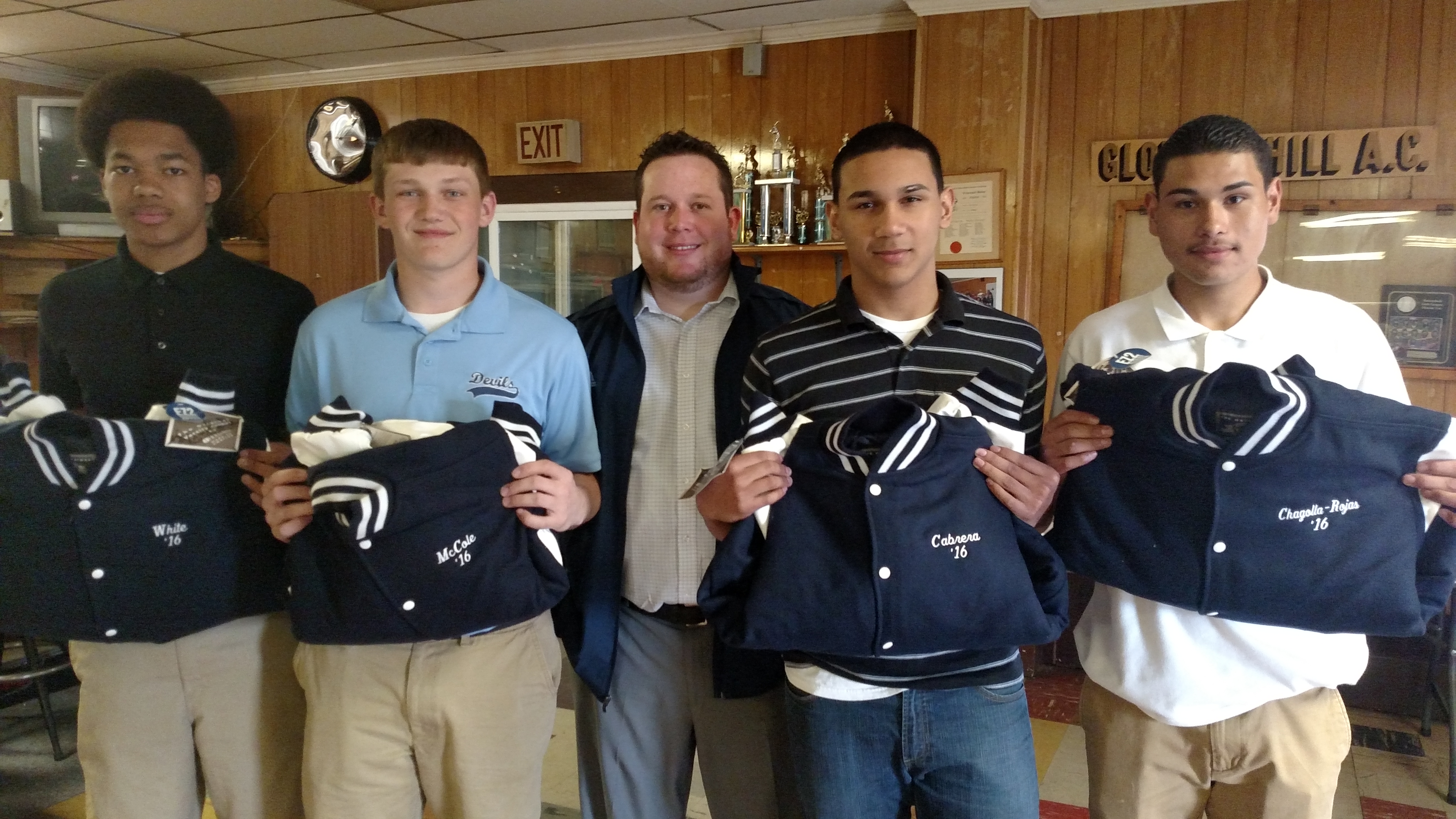