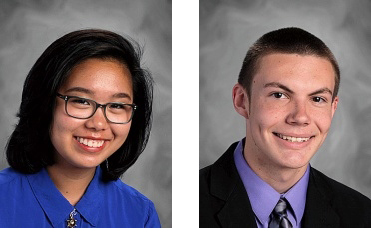 Sheen is the daughter of Kwangsup and Chaeyun Sheen, Mountaintop; and Eisenhart is the son of Stephen and Denise Eisenhart, Freeland.

The award is designed to recognize outstanding young men and women for achievements in school and community life. Applicants were judged on the basis of character, leadership, citizenship, and scholastics.

MMI also had both a male and female student receive the award in 2010.

For over 130 years, MMI Preparatory School has been providing dedicated area students with a comprehensive and inspiring 6th through 12th grade college preparatory program that maximizes each individual’s academic, social and character potential in preparation for success in college and beyond. The school is accredited by the Middle States Association of Colleges and Schools Commissions on Elementary and Secondary Schools (MSA-CESS).  MMI is a school where every student can reach their full potential: academically, ethically and socially.  For more information about MMI Preparatory School, visit www.mmiprep.org or call 570-636-1108.