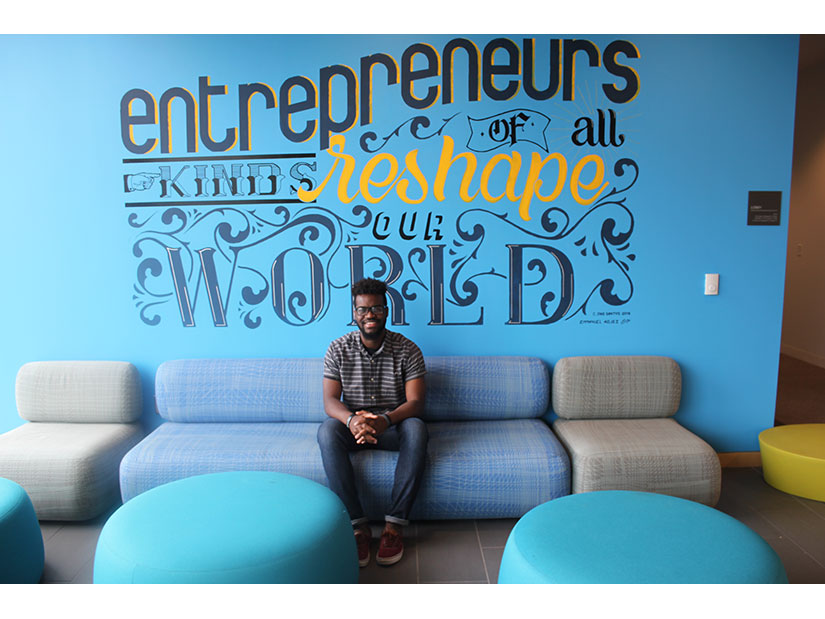 Mr. Adjei was eligible for the District II American Advertising Award competition as a result of winning the Gold Award for his poster, Sounds of London, at the NEPA American Advertising Federation Awards Ceremony, which was held at the Radisson Lackawanna Station Hotel, Scranton, earlier this year. He was also awarded two Silver Addy Awards for his packaging work, Shackleton Vodka, and for his hand lettering campaign series in the “Dream Big” category.

While a student at Marywood University, Mr. Adjei was one of two artists commissioned to paint the Entrepreneurship mural on the third floor of the Learning Commons at the University. He was the founding member of the student exhibits on campus, including Genesis: Art Through the Ages, and Revelations: Reflections of our Society. Mr. Adjei was also a member of the men’s soccer team during his sophomore and junior years, and he was one of the artists commissioned for Scranton Made, under the direction of Christine Medley, associate professor and area coordinator of graphic design at Marywood University.

With plans to travel over the summer in London with family, Mr. Adjei will begin his freelance design work in the Fall 2018.