World Premiere of Marywood Centennial Commission Project to Be Performed

In anticipation of Marywood’s Centennial in 2015, the Marywood Wind Ensemble, under the direction of F. David Romines, D.M.A., will present a special celebration concert during the university’s Founders’ Week that features music from Marywood’s early days. This festive concert, set for November 9, at 4 p.m., in the Sette LaVerghetta Center for Performing Arts, is a gift to the community, especially for those who enjoy music from the golden age of the concert band. Admission is free and open to the public. 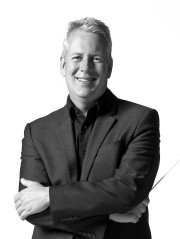 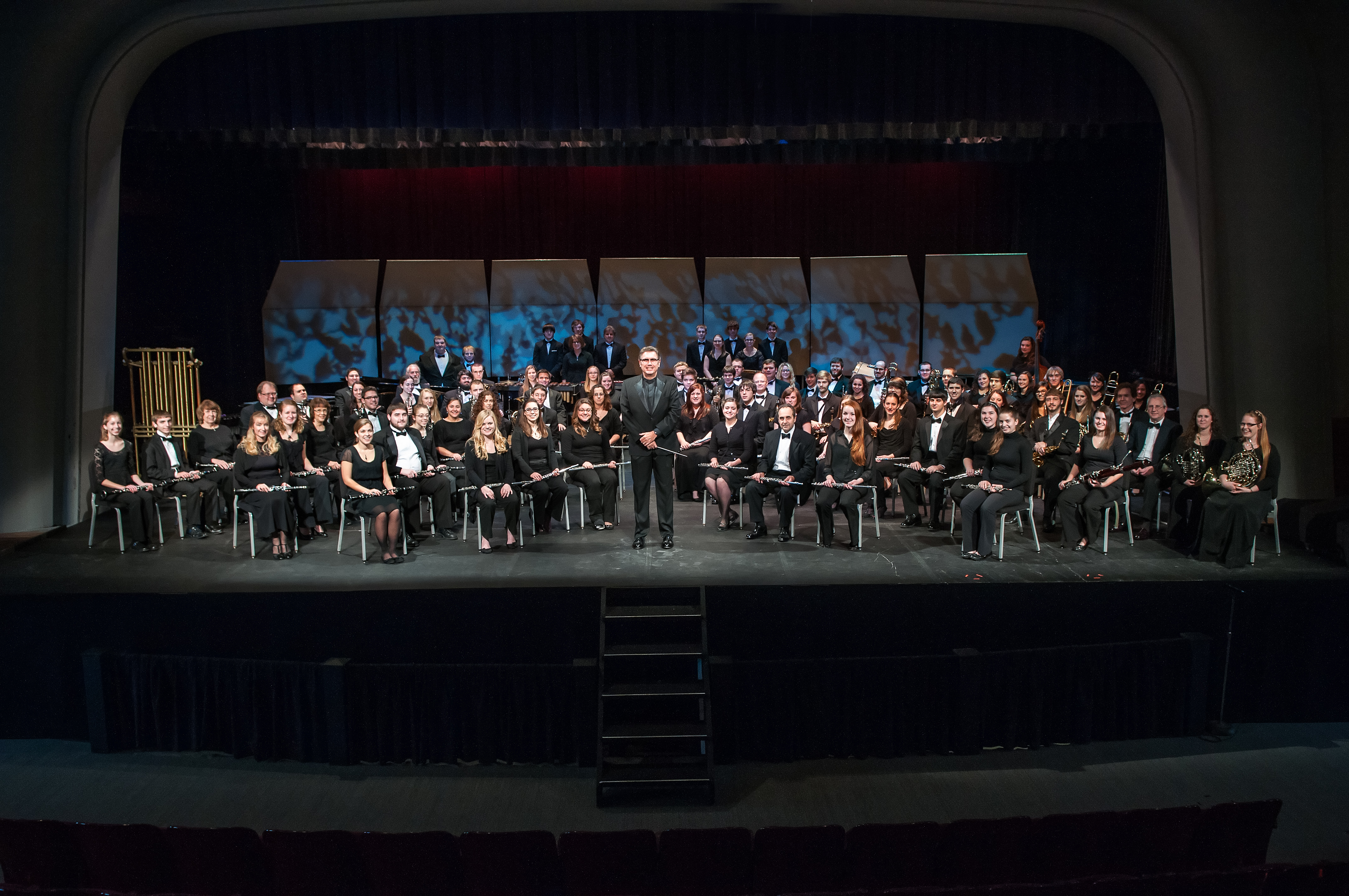 The concert will feature the premiere of Marywood University’s Centennial Music Commission by nationally-recognized composer Anthony O’Toole. His work, “As It Is in Heaven: Fanfare and Processional,” was written for the wind ensemble. Mr. O’Toole will present Sister Anne Munley, IHM, president of Marywood University, with the first printed score of this commissioned work during the premiere.

The performance will feature the talents of John D. Lynch, D.M.A.,guest artist in residence, who is the wind ensemble director at the Sydney (Australia) Conservatorium of Music; Ellen Rutkowski, faculty artist soloist; and F. David Romines, D.M.A., director of bands and department co-chair for the music, theatre, and dance department at Marywood University. The Marywood Percussion Ensemble will also perform during the concert.

Anthony O’Toole’s music features an intense rhythmic energy, and he has a special talent for highly effective and colorful orchestration. He has won numerous awards for his work, including the Grand Prize in the 2012 Garritan Composition Contest for his orchestral work “CA-91.” His work has been performed by some of the country’s finest ensembles, including the University of North Texas Wind Symphony, the United States Marine Band, and the United States Coast Guard Band. His band compositions have been performed across the country and internationally in Canada, Australia, Taiwan, Portugal, Britain, Brazil, and Singapore. Mr. O’Toole holds a bachelor’s degree in Music Theory & Composition from the Indiana University of Pennsylvania, where he studied composition with Daniel Perlongo, Jack Stamp, and David Martynuik.

John P. Lynch, D.M.A. has conducted throughout North America, South America, Europe and Asia, including invited tours of China, Argentina and Europe. Recent conducting engagements include the West Point Band, the Army Field Band, and the United States Marine Band. Dr. Lynch has held residencies at the Vivaldi Conservatory in Alessandria, Italy; the Conservatory in Vilnius, Lithuania; and the University of Costa Rica. His recordings have been broadcast throughout the United States, Europe and Japan. He is the recent recipient of The American Prize, UGA’s Creative Research Medal, and a Northwestern Fellow for Teaching Excellence. He holds degrees from Indiana University, the Eastman School of Music, and CCM. 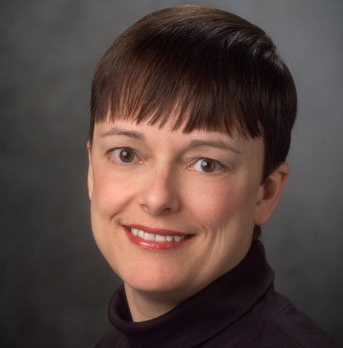 Ellen Rutkowski is well-known regionally as a soloist, recitalist, and voice teacher. Recent performances include scenes with Mostly Opera and recitals with pianists Arno Drucker and David Burge. Ms. Rutkowski received bachelor’s degrees in Music Therapy and Psychology from College Misericordia and a master’s degree in Music Education with a concentration in vocal pedagogy from Marywood University. She teaches high school music and is a part-time faculty member of the department of music, theatre, and dance at Marywood University. She is a student of Thomas Houser of New Holland and Ruth Drucker of Baltimore. 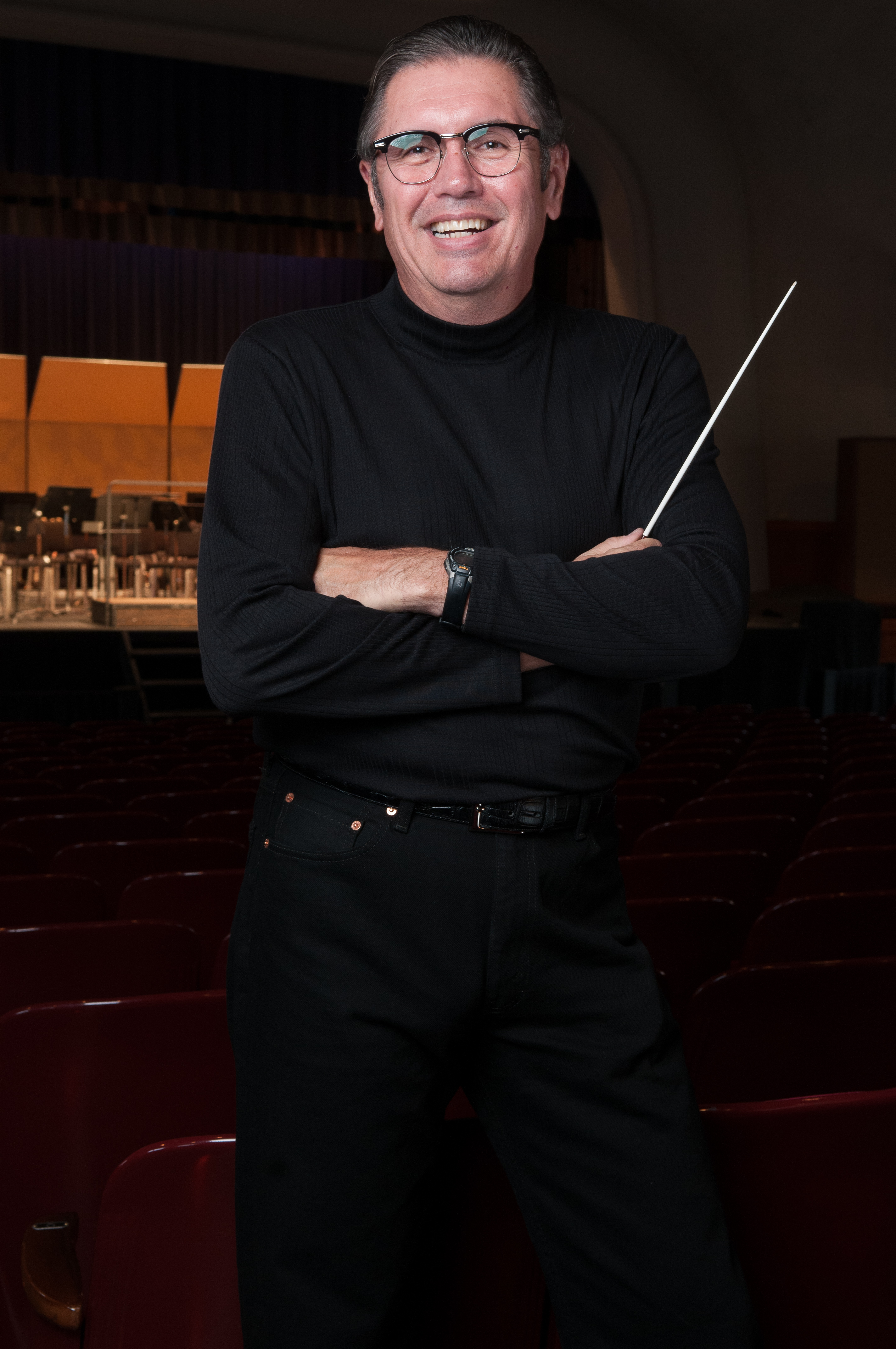 F. David Romines, D.M.A. has directed innumerable musical ensembles during his 34-year professional career, including bands from public and private schools, community groups, collegiate entities, military, and professional organizations. He has guest conducted throughout the United States (30 states) and in Canada, Italy, South Korea, and China. Additionally, he has served as guest artist in residence at the Sichuan Conservatory of Music in Chengdu, China; Yunnan Arts University in Kunming, China; and Sang Myung University in Seoul, Korea. Currently, Dr. Romines serves as educational advisor and board member for the U.S.-China Cultural and Educational Foundation. He is a member of the editorial board of the Music Educators Journal and serves the John Philip Sousa Foundation as a member of the Sudler Committee. He earned a D.M.A. degree from the University of Southern Mississippi and holds master’s and bachelor’s degrees in music from the University of Tennessee-Knoxville.

For more information, contact the music, theatre, and dance department at (570) 348-6268 or dept.mtd@maryu.marywood.edu or visit www.marywood.edu/mtd/events.