Marywood to Honor Five Graduates at Its Upcoming Alumni Weekend

Marywood to Honor Five Graduates at Its Upcoming Alumni Weekend

SCRANTON, PA (May 15, 2017) — During a weekend full of events for its returning graduates, Marywood University will honor five alumni with awards of excellence at a special reception. Marywood’s Alumni Weekend is set for Friday, June 2, through Sunday, June 4, on the university’s campus. The Alumni Awards Reception will be held on Saturday, June 3, at 5 p.m., at Marywood’s Center for Architectural Studies. 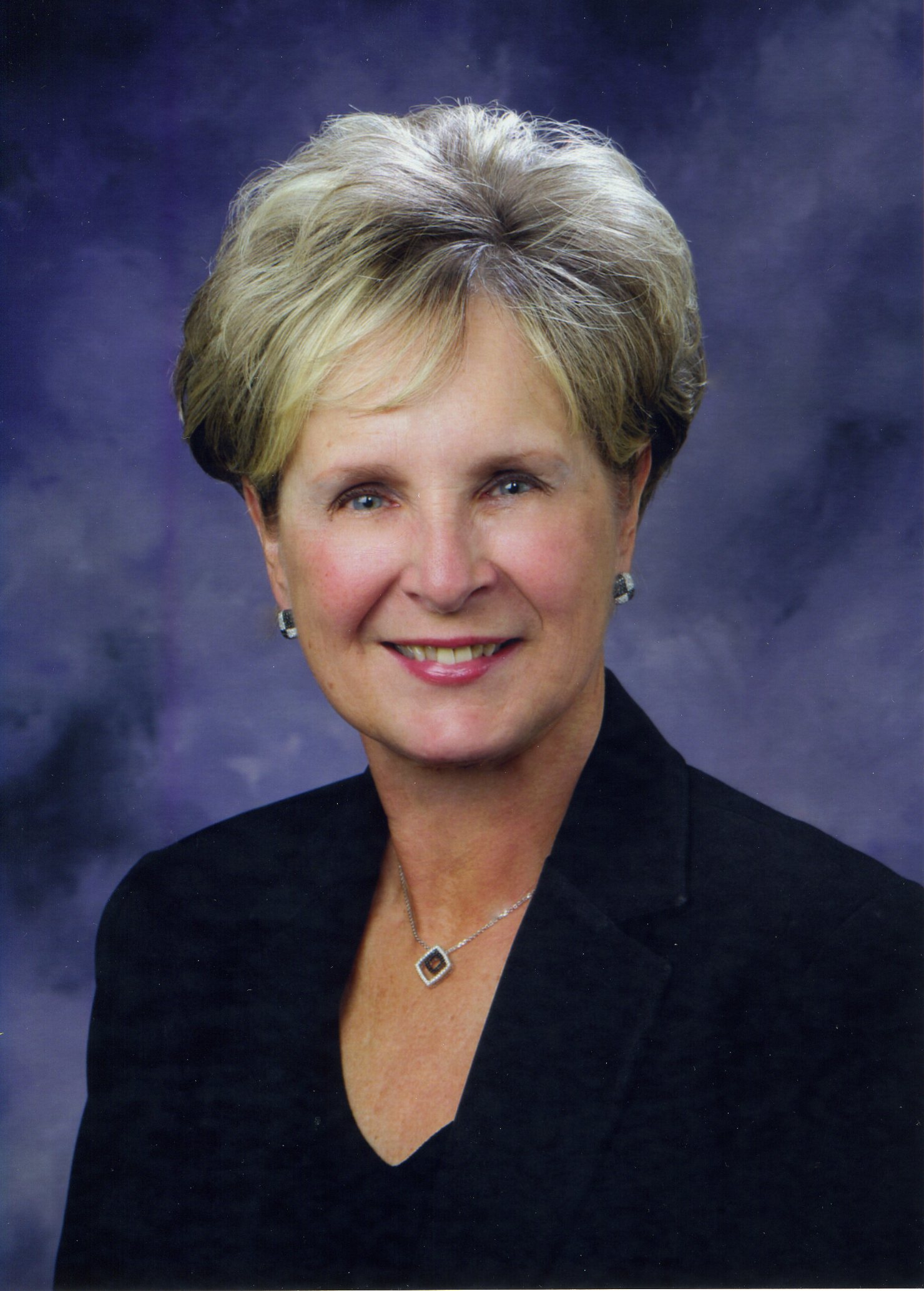 Dorothy Brelish Magnotta is an accomplished musician and dedicated community servant. She holds a Bachelor of Music degree, with a major in voice and a minor and piano and organ, from Marywood, and has used her musical talents to educate, to heal, and to uplift. She served as a teacher in the Keystone Training and Rehabilitation program for the Northeastern Educational Instructional Unit (NEIU), as well as a music therapist at Scranton State General Hospital. Mrs. Magnotta was a member of the North Pocono School Board, for which she served a term as President, further deepening her love for and commitment to education. She also served as an organist and vocalist at St. Eulalia’s Church for many years. Mrs. Magnotta has supported arts and recreation in the community through her board service for the Northeast Philharmonic, Northeastern Pennsylvania Women’s Golf Association, and the Elmhurst Country Club Women’s Golf Association. Her involvement at Marywood University includes three full and distinguished terms as a Marywood University trustee, service as past president of the Marywood Alumni Association, membership on the Homecoming/Reunion committees for her class, and a longtime leadership role on the Marywood Fund Golf Committee. Additionally, she has been an alumni mentor, led the alumni division of the Marywood Fund Drive, and served as a Presidential Society volunteer. In 2002, the University honored Mrs. Magnotta by awarding a Presidential Scholarship in her name to a worthy student. In recognition of her 50th class reunion, she has made a formal intent to establish the Dorothy Brelish Magnotta ’67 and Albert Magnotta Endowed Scholarship. 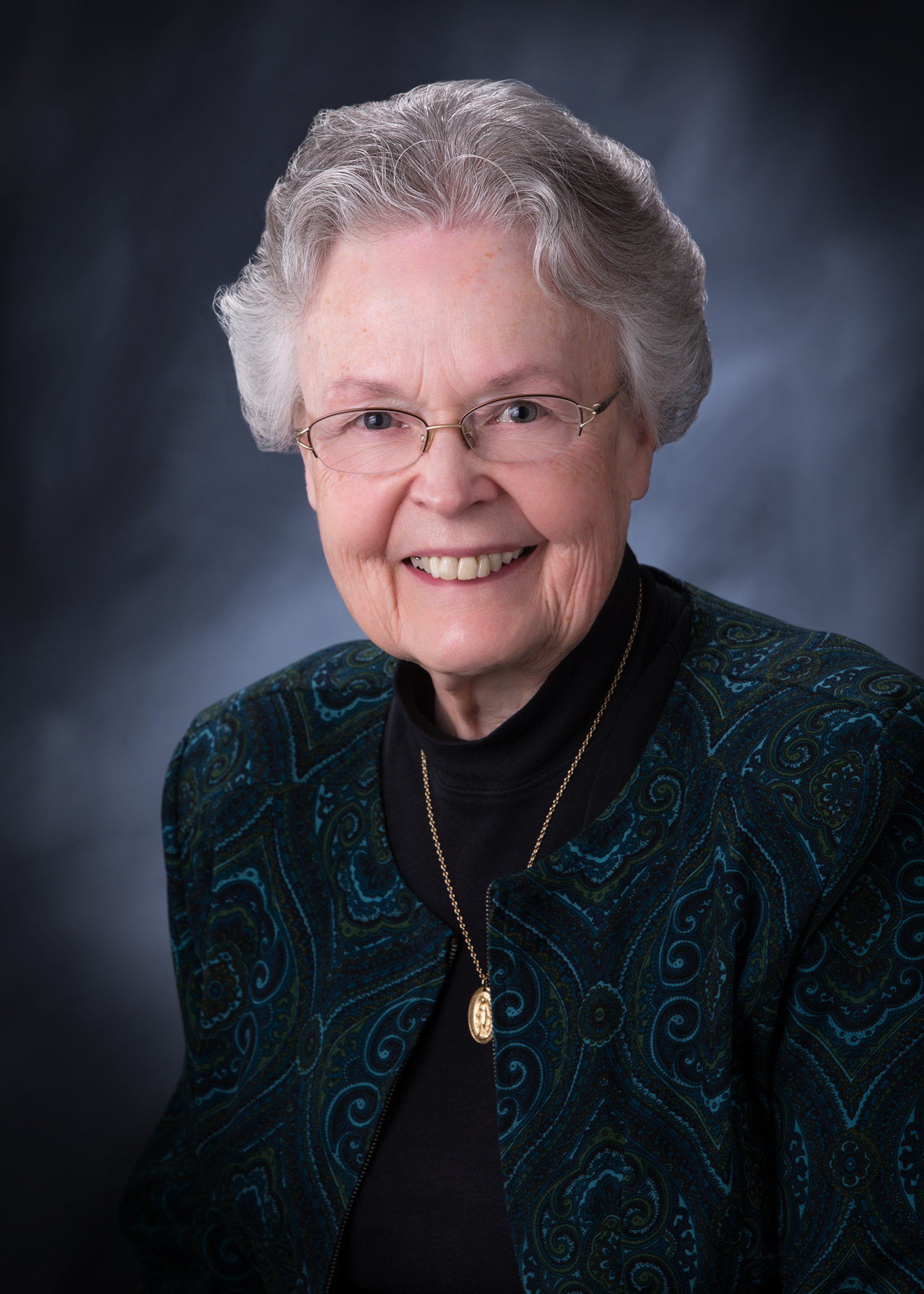 Sister Cor Immaculatum Heffernan, IHM joined Marywood’s Department of Visual Arts as a faculty member in 1978, then served as department chair for 14 years at both graduate and undergraduate levels. She continued to teach until her retirement in 2008 and now holds the distinguished title of Professor Emerita of Art. Sister Cor holds several degrees: a Bachelor of Arts degree in English/Art and a Master of Science degree in Counseling, both from Marywood; a Master of Arts degree in Sculpture from the University of Notre Dame; and a Master of Fine Arts degree in Illustration from Syracuse University. Her resume demonstrates her range of talents and expertise:  teacher, mentor, consultant, sculptor, harpist, calligrapher, creator of mosaics, counselor, spiritual director, and, above all, servant of God to others. Her collected works are featured in the 2004 book, Spirit of Light, an effort led and championed by her students. Also established by her students, the Sister Cor Immaculatum Heffernan, IHM ’54 Endowed Scholarship benefits graduate students in the “Get Your Master’s with the Masters” summer M.F.A. program at Marywood, which she founded in 1984 and has supported every year since. In 2014, she was awarded a Presidential Medal for her lifetime dedication to the arts and to Marywood. Sister Cor’s extensive body of work can be found in churches, colleges, and private collections across the country, as well as in various buildings at Marywood University and at the IHM Center. More recently, she designed the “Come to the water…come to the Lord” Fountain in the Atrium of the Learning Commons at Marywood, and her sculpture of a trio of life-size bronze figures will be featured in Marywood’s outdoor amphitheater once that project is completed. 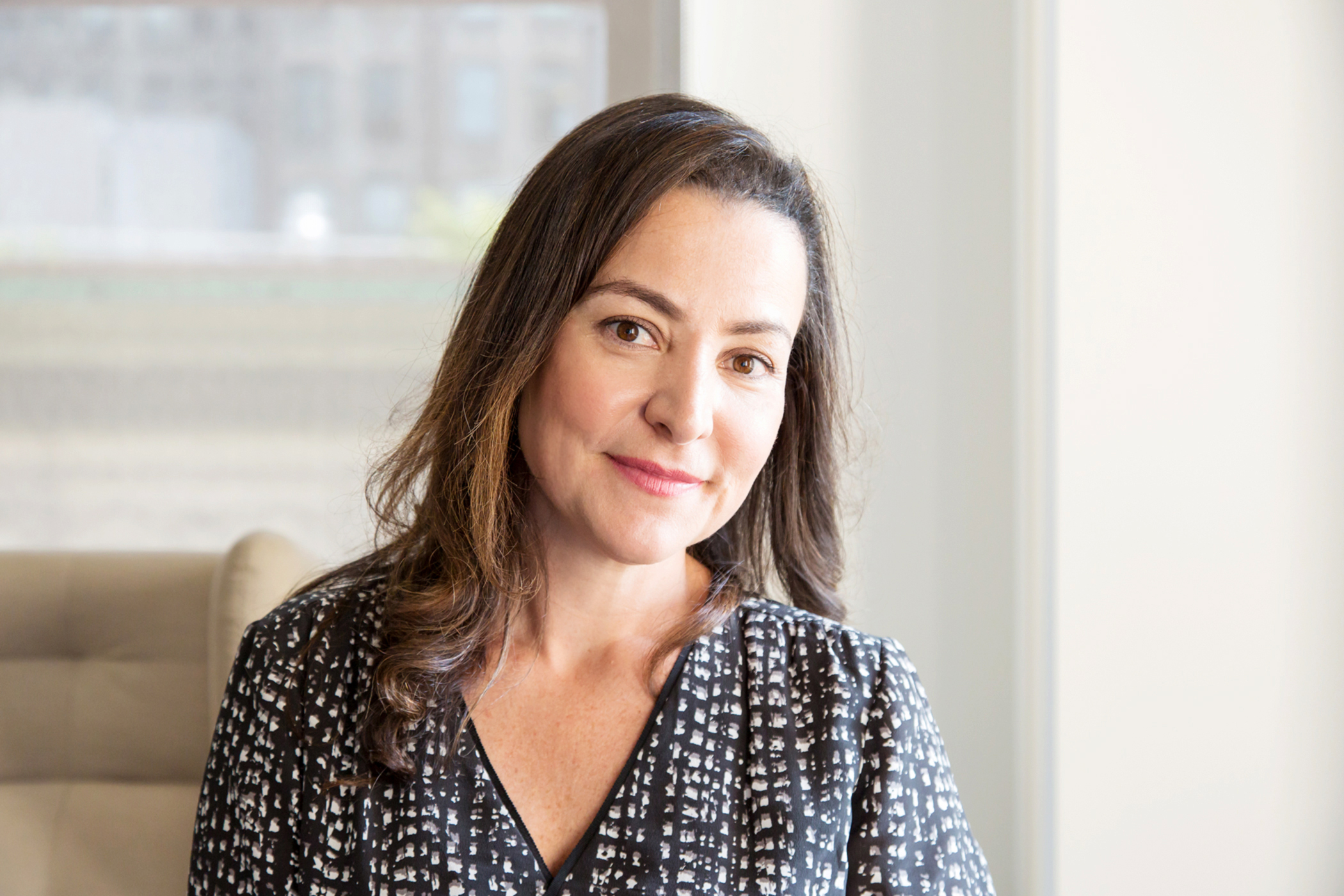 Daniela Ganem Vojta was born and raised in Rio de Janiero, Brazil. She came to Marywood as an international student and was the recipient of an IHM Scholarship. While at Marywood, she studied graphic design, ultimately earning her B.F.A. in 1998. With Marywood’s help, Mrs. Vojta secured an internship with acclaimed New York designer Milton Glaser, and she landed her first job as a Junior Art Director at Lotus Minard Patton McIver, a New York advertising agency. From there, her career advanced, and she’s had tenures at several notable agencies, including Publicis, Saatchi & Saatchi, and McCann, creating advertising campaigns for clients such as Microsoft, MasterCard, Coca-Cola, Target, L’Oreal, General Mills, and many others. Presently, Mrs. Vojta lives and works in New York City with her husband, Jon, and daughter, Alba. She is the Group Creative Director at McCann M:united for Microsoft. She launched the Windows 10 global campaign, as well as the “Girls do Science” initiative, which aims to close the gender gap in the tech industry. Often listed among the top Creative Directors in the world, Mrs. Vojta was recently nominated as Creative Director of the Year by AdAge magazine. Previously, she was featured in Adweek’s “Creatives100” and AdAge’s “Creatives You Should Know.” Her numerous awards for her creative work include Cannes Lions, Clios, Art Director’s Club, Webby Awards, New York Festivals, and many more, for campaigns such as Microsoft’s #MakeWhatsNext, which encourages girls to pursue science, the Brady Campaign’s “Keep America Safe,” advocating common sense gun laws, and the Ad Council’s “AdoptUSKids.” 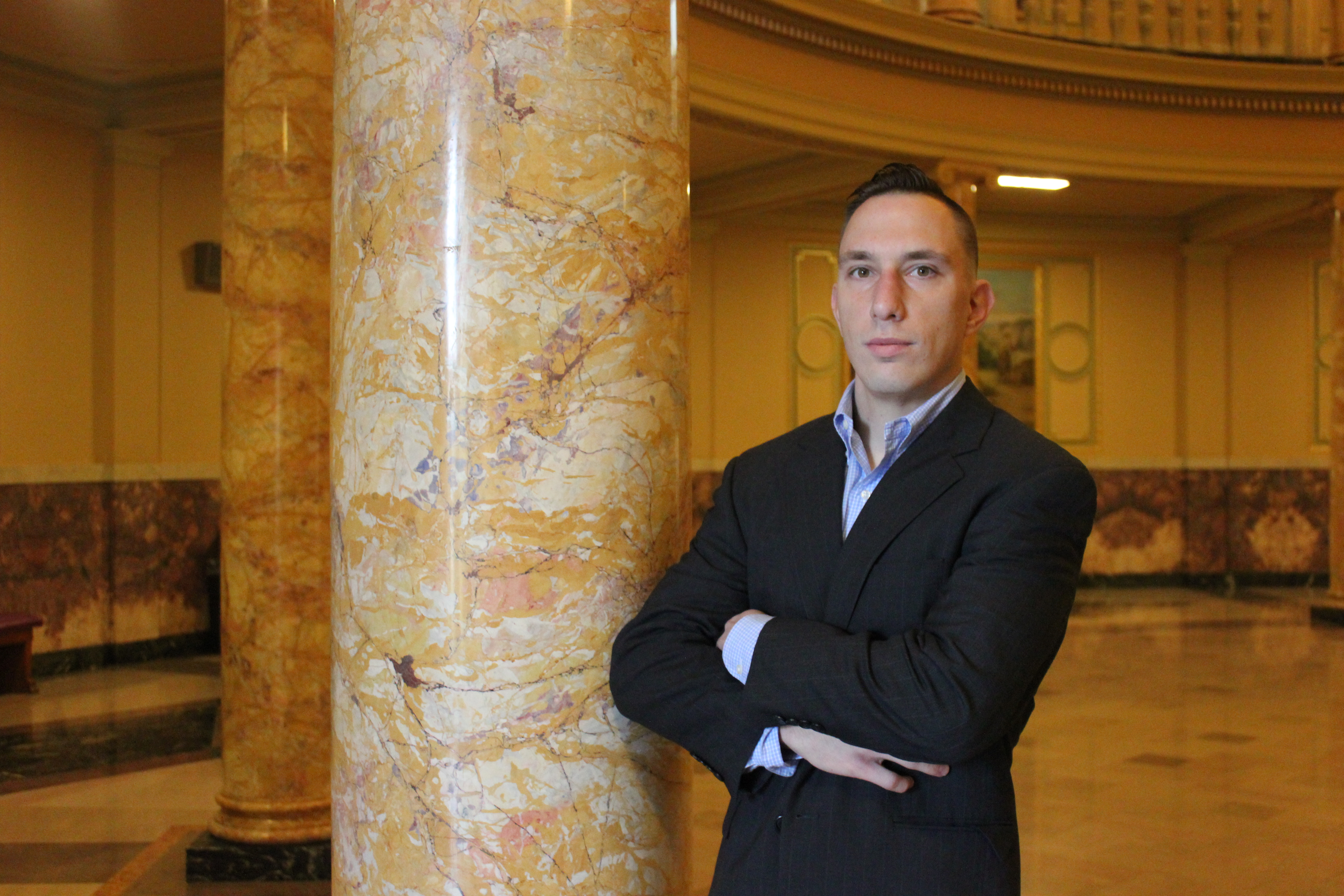 Josh Mecca and John Strauss combined their love for science with their goal to create a successful healthcare analytics company. The two joined forces while still students—Mr. Mecca was a graduate biotechnology student and Mr. Strauss was an undergraduate biology student. Together, they used their scientific knowledge to develop a successful business proposal. They entered their plan in the tecBRIDGE Entrepreneurial Institute Business Competition in 2014, placing second in the collegiate division and winning the overall wildcard award “for innovation and breakthrough technology,” which came with $5,000 cash and $90,000 of in-kind services. Today, they lead the venture they founded, M&S Biotics, LLC. The company is the first fully comprehensive solution to aid in the advancement of healthcare efficiency, efficacy, and safety. M&S Biotics is developing a multi-functional system that automates the surgical counting of instruments in operating rooms, while providing data analytics for hospital administration/supervisors. After pitching the company at the HealthTech Venture Network Conference, which was held in Austin, Texas, in 2016, their team won the Elevate Pitch Competition, was awarded $25,000, and earned one of only fifteen spots in Texas Medical Center’s Innovation Accelerator program, TMCx. In March of this year, MedTech Innovator named M&S Biotics as a Top 100 Healthcare Startup. 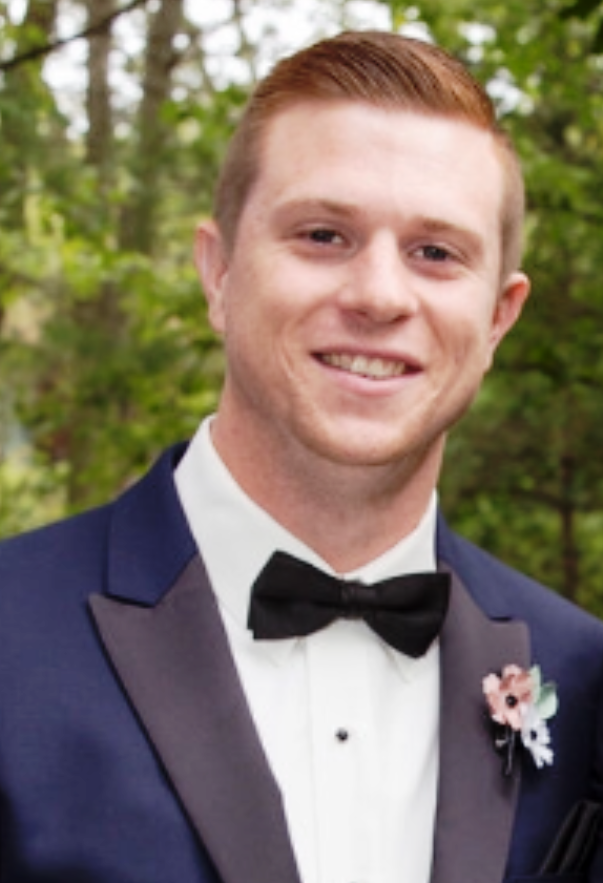 In addition to the Alumni Awards Reception, Marywood’s Alumni Weekend will feature many events for all alumni, with special parties for graduates of classes ending in 2s and 7s, as well as classes of the last 15 years. Graduates can take advantage of affordable, overnight accommodations available on campus, as well as family-friendly activities, including a campus fitness walk, yoga (age 12 years and older); a street fair with craft vendors, entertainment, and fun activities and an alumni authors’ showcase and book fair. In addition, the weekend will feature tours of campus, a paint and party event, wine tasting, a vegan food demonstration, an all-alumni homecoming celebration, an after-party dessert reception, a Sunday liturgy, and a farewell mimosa brunch.

For more information or to register for various Alumni Weekend events, Marywood graduates of any class year can go to https://alumni2.marywood.edu/alumniweekend2017, contact the Marywood Alumni Office at alumni@marywood.edu or call 570-348-6206. Registration for Alumni Weekend is appreciated by May 26.