Marywood University presents a painting exhibition, Narratives Seen, which will open on Saturday, February 27, 2016, in the Mahady Gallery, on the first floor of the Shields Center for Visual Arts. The exhibition will be on display through April 3, 2016. An opening reception for the artists is scheduled for Saturday, February 27, 2016, from 6-8 p.m., accompanied by Gypsy Jazz Quintet. All events, including the reception and exhibition, are free and open to the public.

The exhibition features four painters—Kevin Kinkead, Gayle Wells Mandle, Gretchen Dow Simpson, and Mark Webber—whose work ranges from the realistic to the abstract, from the timeless to the political, personal, and immediate. Telling a story, or a piece of a story, each body of work engages with and reveals itself to the viewer differently—overtly, partially veiled, mysteriously, ambiguously, over time. From domestic settings and current events to iconic configuration, all create unique places, states of being, and visual narratives for the viewer to explore. 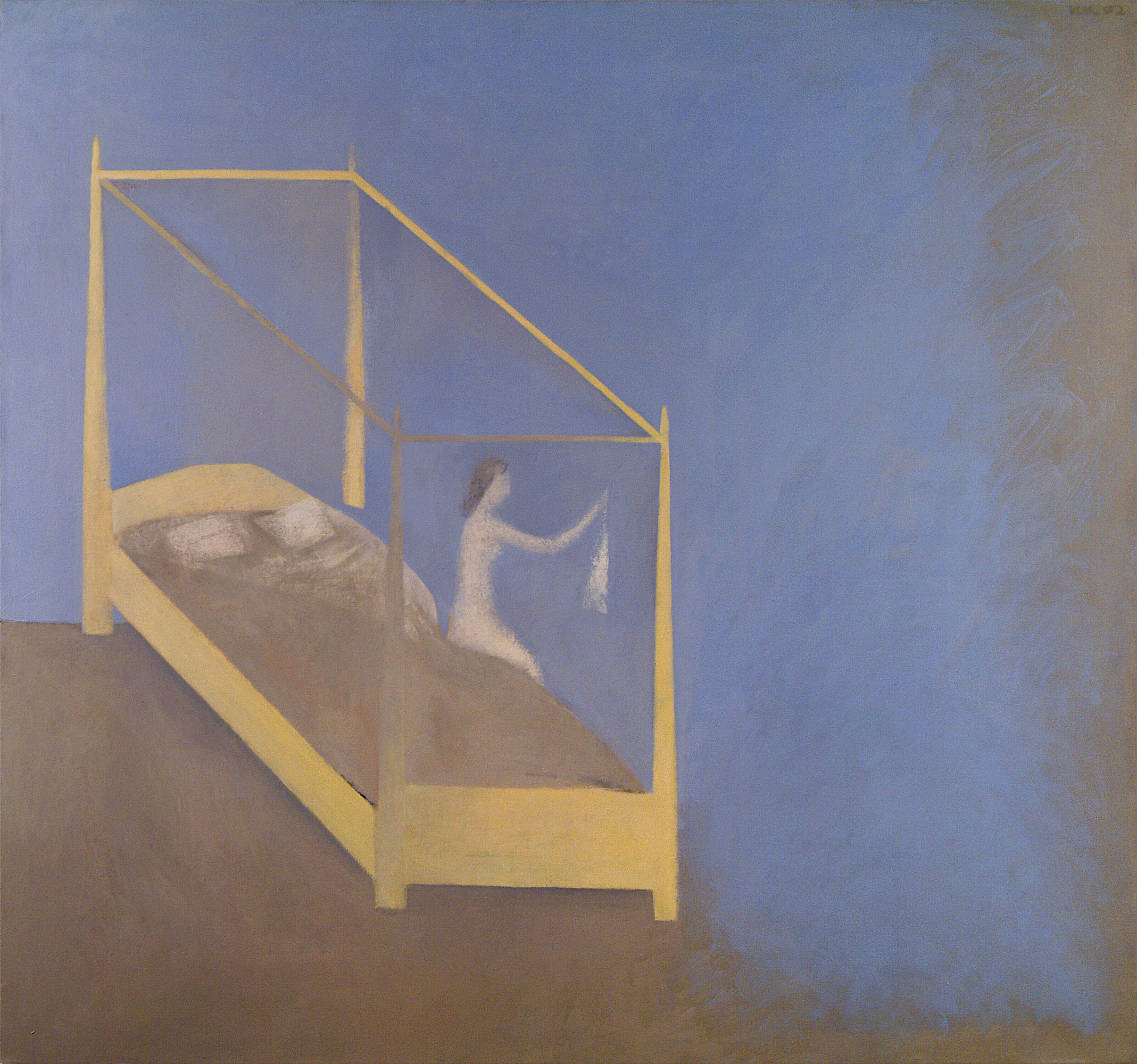 Kevin Kinhead is a New Yorker born in Barnstable, Mass. His paintings in the exhibition span approximately two decades of his career, from the mid 1990s to present. A long time figurative painter, his most recent work has begun to cross over to more abstract territories, while retaining subtle references to figuration and narrative. His interest in unusual pictorial tensions is rooted in his studies at the Swain School of Design in the 1970s. His larger earlier works are oil on canvas while his more recent work, from 2010 to present, are small works on paper that incorporate gouache, ink, and pencil, and combine the recognizable and abstract. Kinkead has shown at the NABI Gallery in Chelsea, as well as many other venues in New York, Massachusetts, and Pennsylvania. 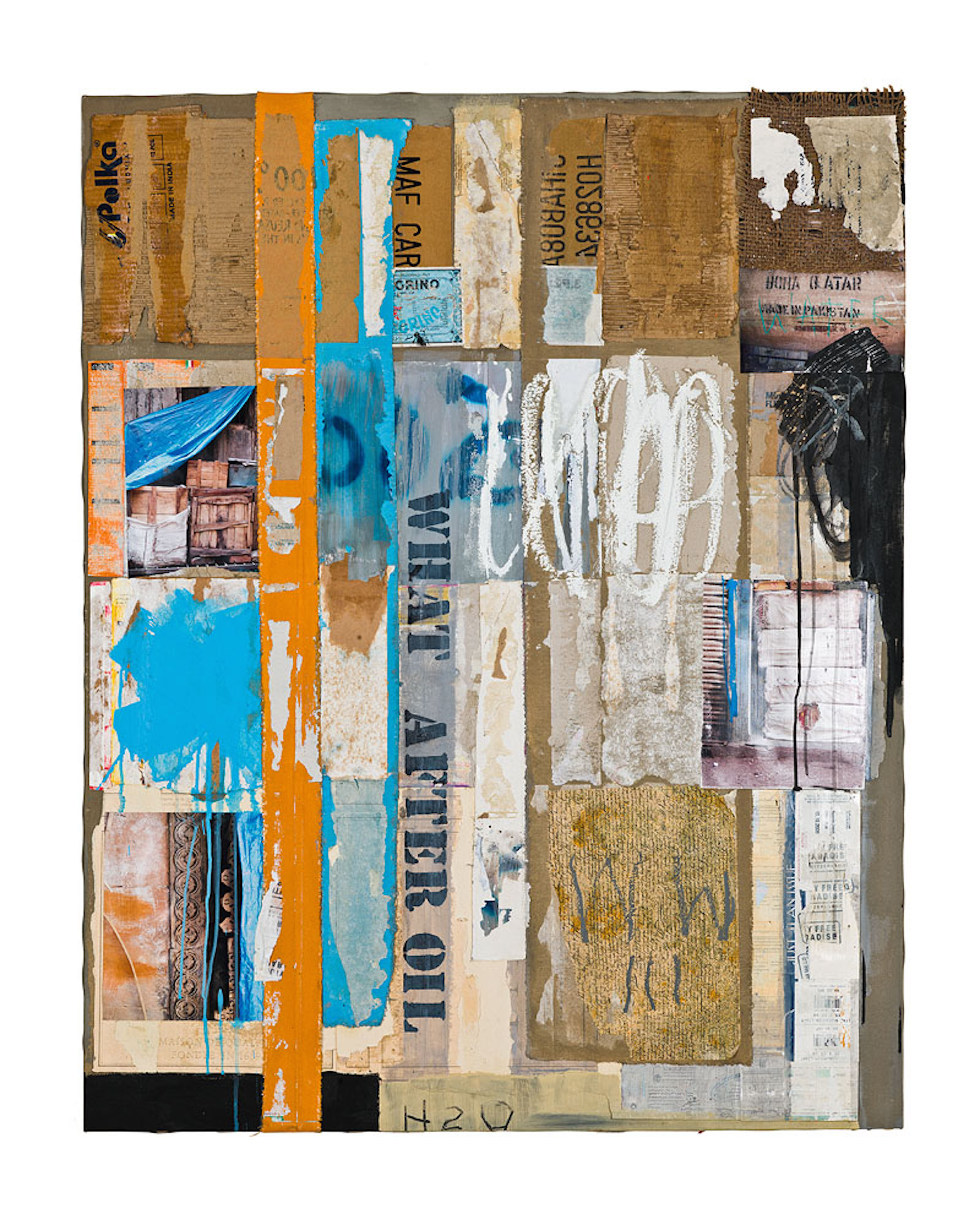 Gayle Wells Mandle, formerly of Kingston, Pa., lives and works in South Dartmouth, Mass. She has traveled extensively over the years and recently returned from living several years in the Middle East, where much of her artwork, there, focused on human rights issues and the need for clean water. “For years I’ve been questioning the ever-growing global economic imbalance. Currently, the environment and safety of our water supply have become important subject matters for me,” said Ms. Mandle.

Her artwork forms out of storytelling. The focus in her artwork comes from observations about current events. She creates the stories in her work in a semi-abstract format using mixed media, text, and texture to support the ideas in them. 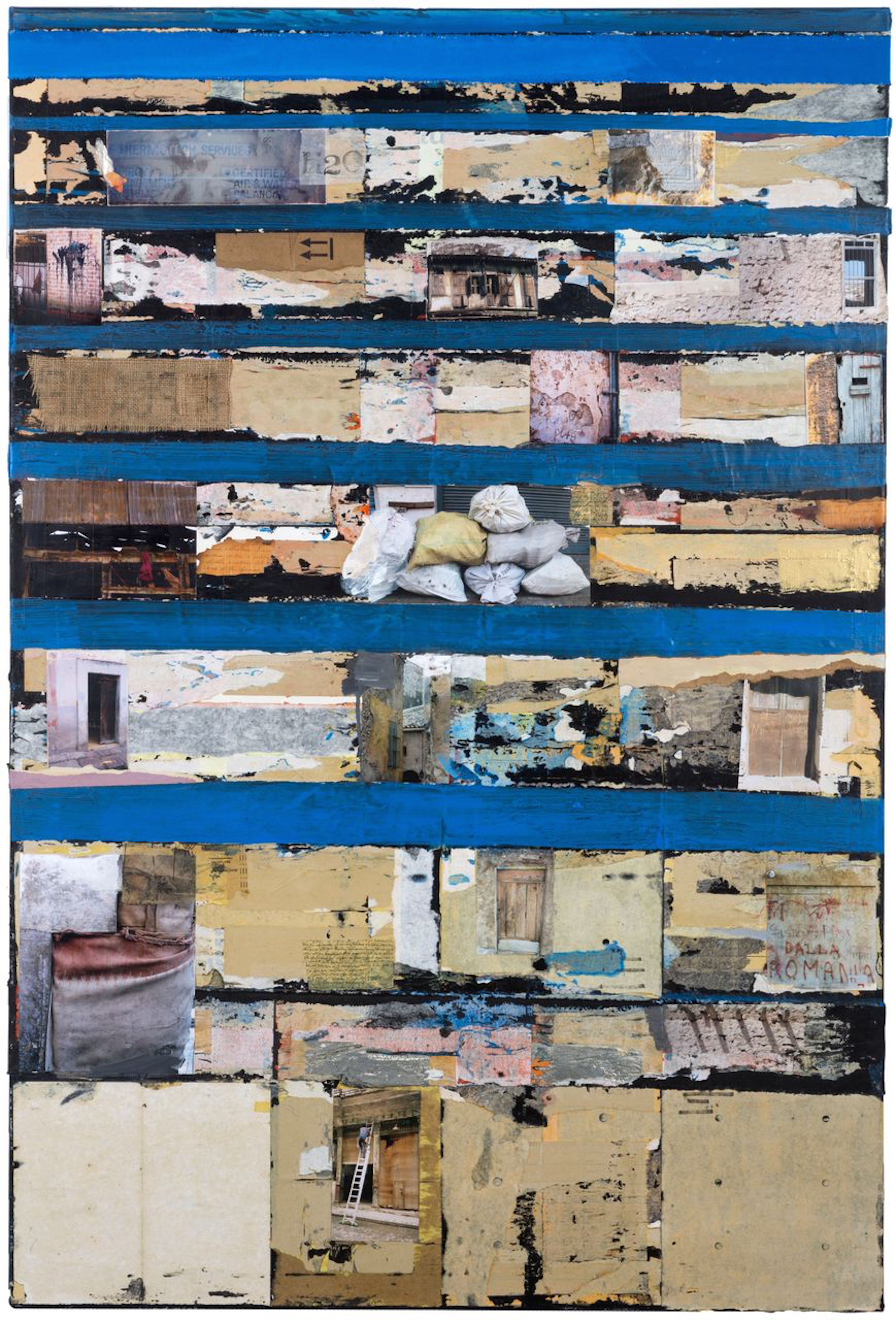 Gretchen Dow Simpson, formerly of Waverly, Pa., now lives and works in Providence and Pawtucket, R.I. Simpson began her distinguished career taking photographs of buildings and worked as a freelance photographer in Boston, New York, Minneapolis, and Scranton from 1962-1970. Her first painting was purchased by The New Yorker magazine, and, over a 20-year period, 58 paintings were used as covers. She is best known for her distinctive views of New England architecture. Her paintings are recognizable by their clean-lined, architectonic focus, with flat surfaces and deep perspectives. “I feel that I’m a self-taught painter. I love photography and work from my own photographs. I simply use the shapes and colors…something that tells a story, but not the whole story. I’m interested in process and where it will lead me…painting from a photographic life,” she said. 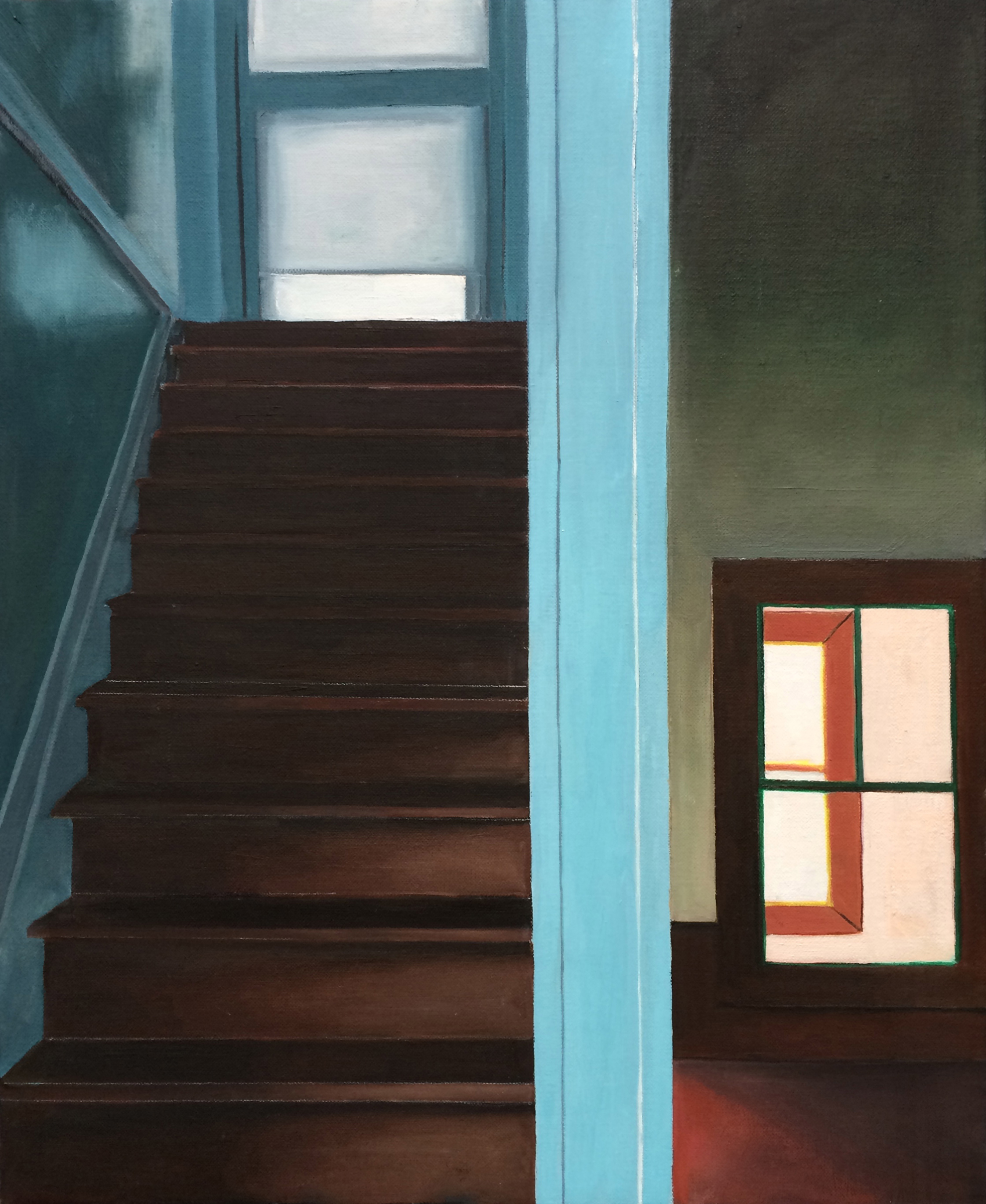 Mark Webber has been teaching in the department of Visual Arts at Marywood University since 1990, where he also organizes and leads European museum tours for students. Webber has affiliations with Hackett-Freedman Gallery in San Francisco and Prince Street Gallery in New York City, and has recently been invited to do a residency at the Joseph and Anni Albers Institute in Connecticut. His work is in public collections at Lockhaven University, The University of Scranton, and The Everhart Museum in Scranton, Pa., and private collections in New York City, San Francisco, Chicago, Atlanta, Boston, Minneapolis, Philadelphia and smaller locales in the United States and Europe. His most recent solo exhibits have been in Paris, France. He makes invested figure compositions without observation from nature, relying on formal needs, rather than depictive, to develop his work. Vague narrative is presented, but with no attempt to dramatize. He and his family live in North Abington, Pa. 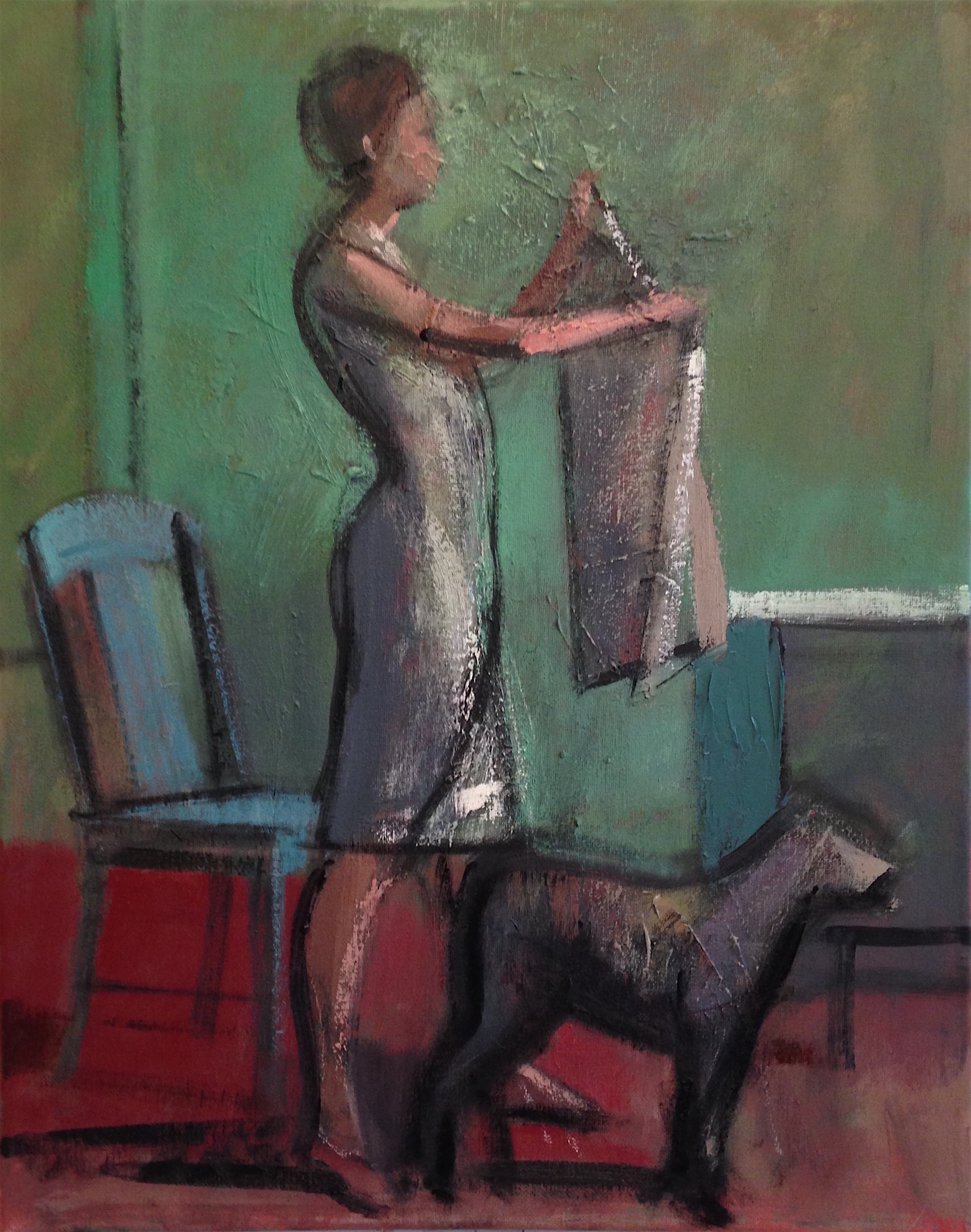 For more information or directions, please contact Marywood University’s department of Visual Arts at 570.348.6278, or www.marywood.edu/galleries, or friend us on Facebook. 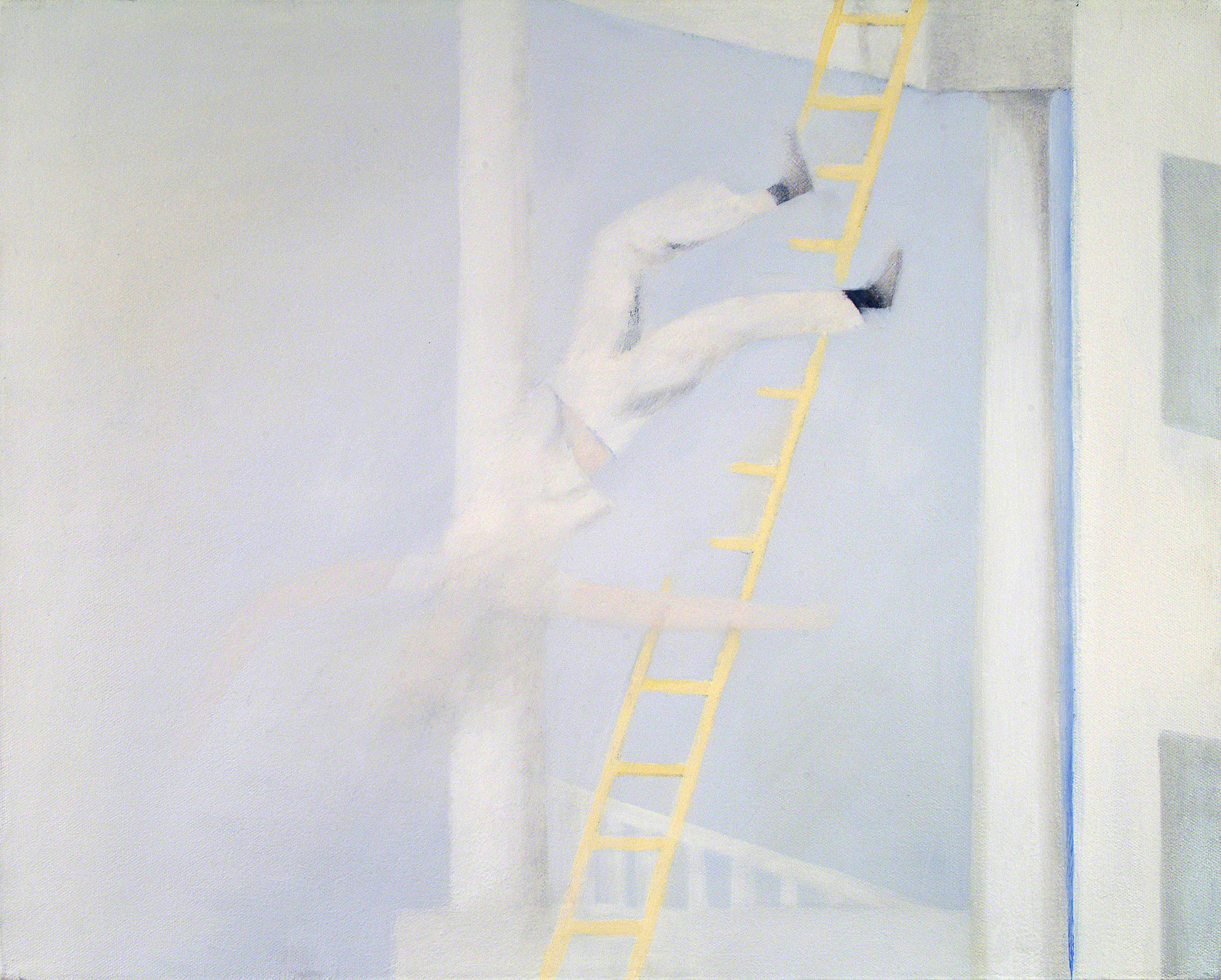